Building a Neapolitan mandolin; it became a mandola

Building a Neapolitan mandolin; it became a mandola

Almost a year and a half ago, I received a very interesting message from a follower of theMandolinTuner named Erik Houtman. Erik was trying to build a Neapolitan mandolin and was looking for specs.

I’m trying to build a bowlback mandolin ( Naepolitan style ) with a stringlenght of 33 – 35 cm.
Do you know by chance the measurements of the “bowl”? ; or where I can obtain a building scheme/plan? 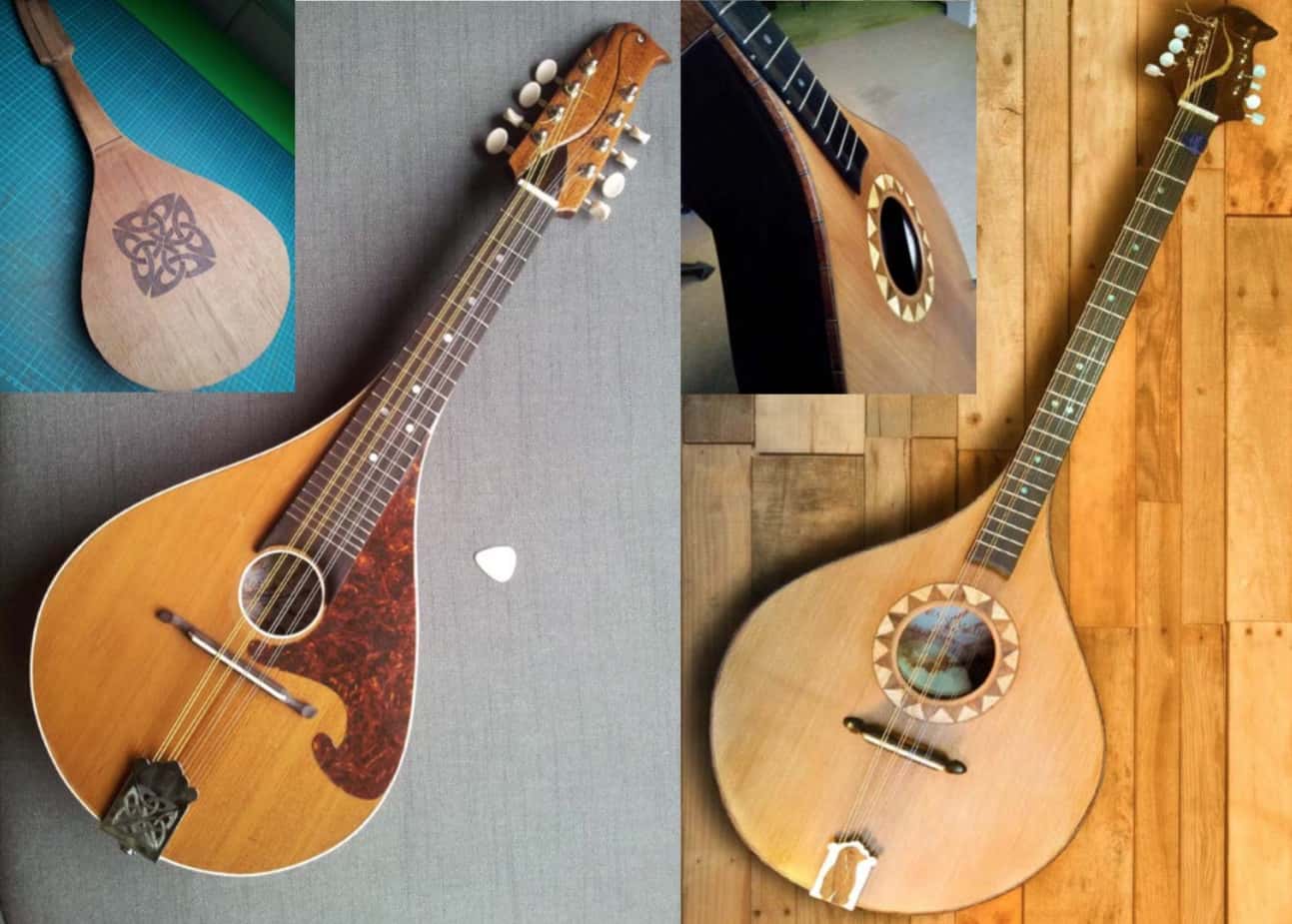 Erik had already built a flattop mandolin and a bouzouki that looked really nice. Did you notice the unique bird-like headstock? 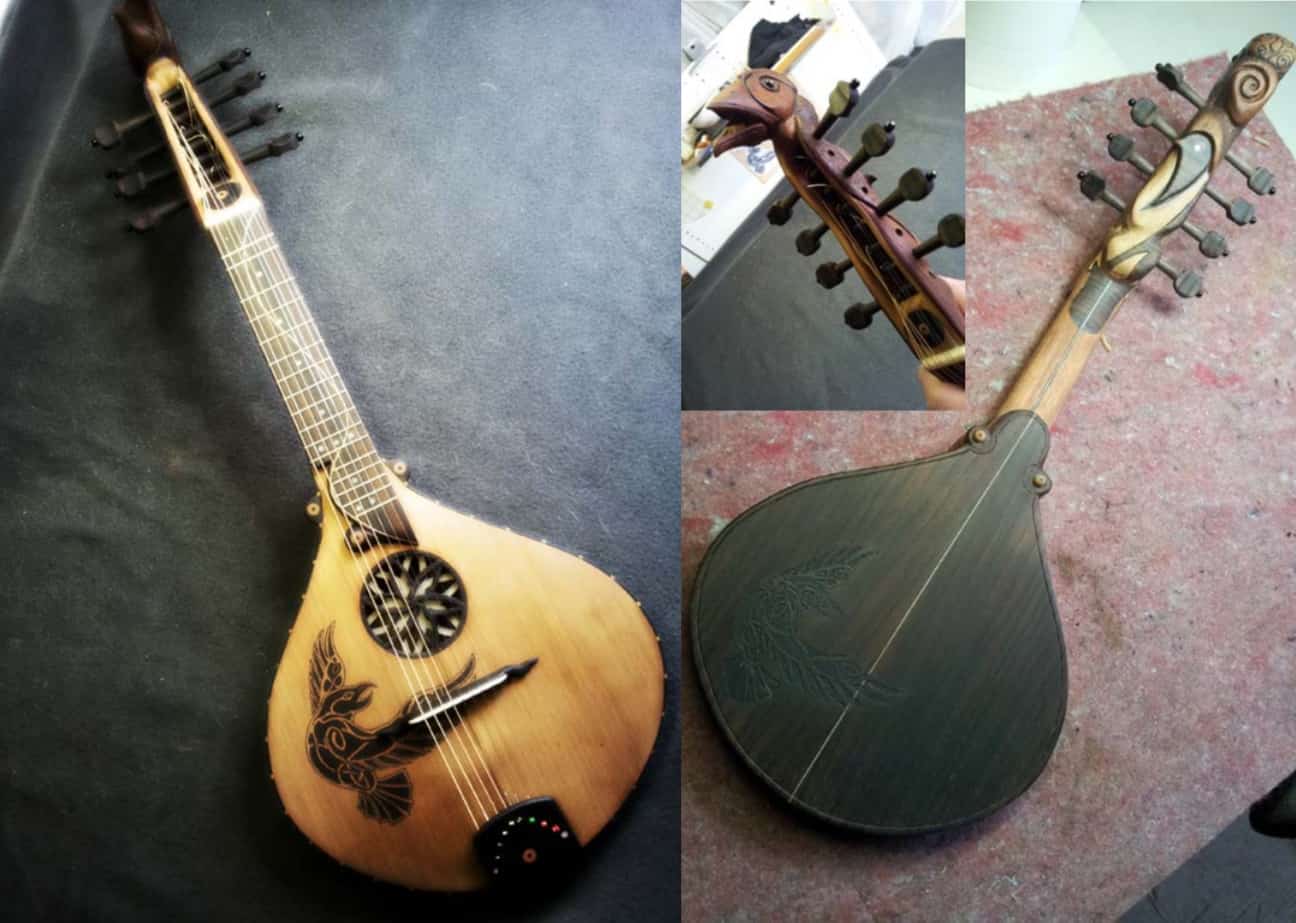 This next picture blew me away! Erik had just finished a cittern Anglaise with a very unique design. Again the headstock captured my attention, with its very impressive and “folklore” design. 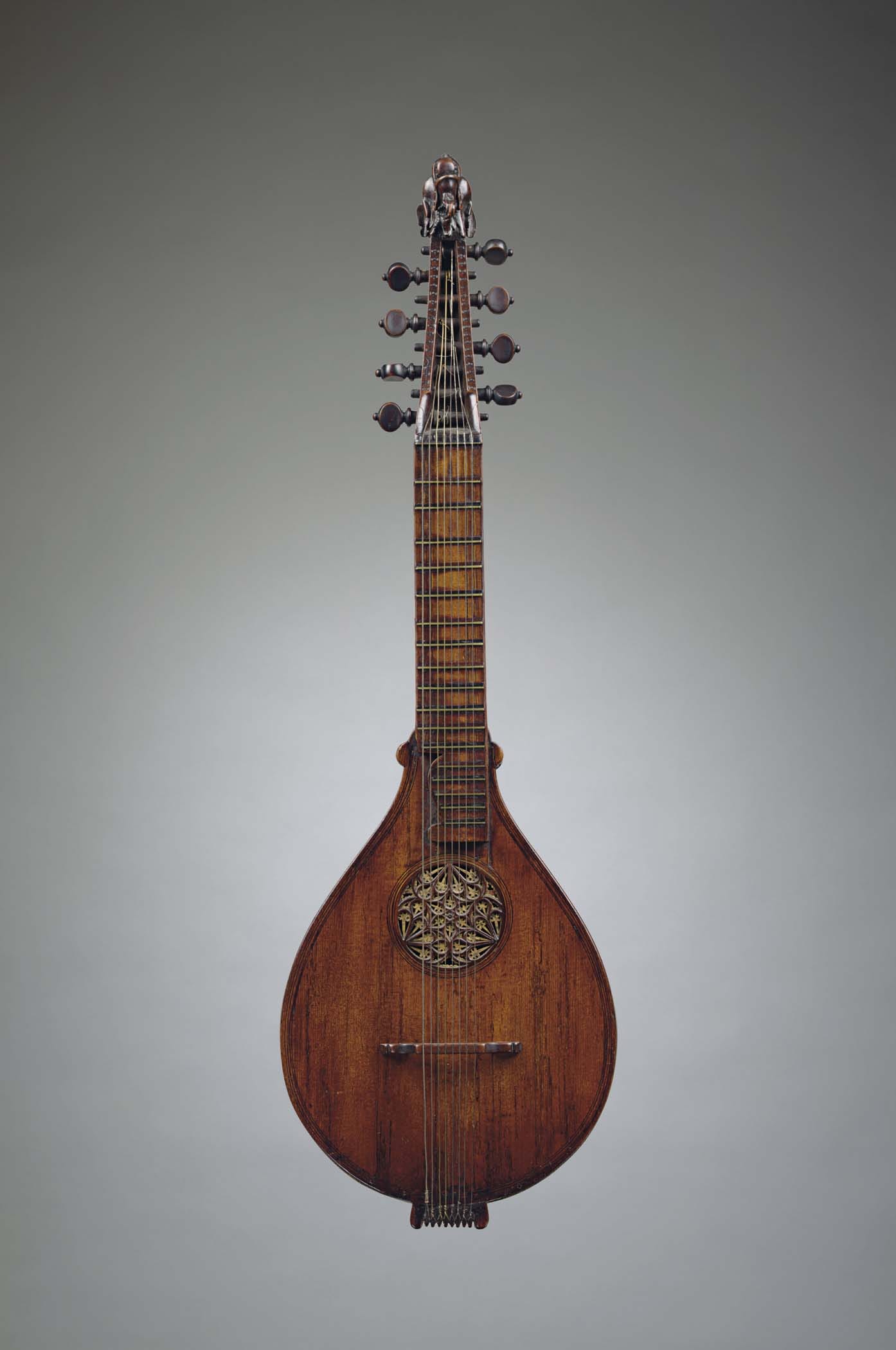 Impressed by his musical instruments I continued to exchange messages with Erik, only to find that he was not a luthier or a professional mandolin player. In his own words, that show a man with great sense of humour:

I’m ” just a guy who’s 67 years old and interested in medieval times and how things evolves in “everyday crafts”, so even musical instruments.
So , I thought, I’ll give it a go and try it myself… and just with common handtools.
I really did enjoy making the “Cittern Anglaise” and was very happy with the result. ( Also because It was only my third project.)
But now I also know that I want to be a luthier when I’m growing old! ….. haha….

As I was really impressed by the cittern, Erik shared the info and pictures that inspired him to make it.

This is where the info came from : “http://www.cittern.theaterofmusic.com/old/1600.html “

note :
” This cittern was auctioned by Christie’s on April 2, 2007 and sold for $180,000 (hammer price plus buyer’s premium) to the National Music Museum (formerly the Shrine to Music Museum) at the Univeristy of South Dakota, USA.” 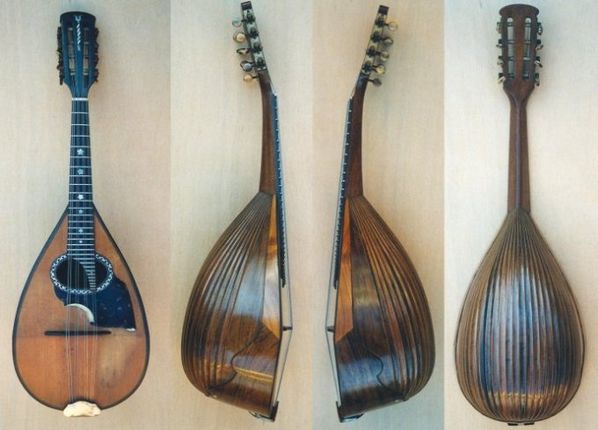 As I am always willing to help mandolin aficionados, I started a research to record the specs of bowl back mandolins, like the one in the picture above. After a long research and thanks to my advanced Google search abilities (ha!), I managed to create a spec. As I am not a maker I could not guarantee that the specs were correct, but it was the best I could do.

I was a little bit concerned about the correct usage of terms, but I hoped that the description would help Erik understand what it referred to. Here is what I came up with:

Erik started building the mandolin based on the specs, and I asked him to try and share the progress of his work with the readers of theMandolinTuner, as I was sure that it would be very interesting to read about and see pictures of the progress. To make sharing easier, I quickly decided to create a forum within theMandolinTuner, with social capabilities.

Erik was so nice and started using the forum, but to my dissapointment the software was poorly implemented and the forum was not working. The sharing of progress was unfortunately abandoned, but I promised to myself to give it another try in the future, so Erik can share info and all followers of theMandolinTuner can discuss and exchange opinions, knowledge and info.

After eight months of work, Erik finished the instrument. And it looked great!

Sorry for all your trouble, but “writing and uploading pictures” didn’t work out well, everytime I was trying.
But still….
During the process I still had taken constantly taking pictures.. hereby I send you the final result..
The mandolin became a mandola with a scale-length of 410 mm.
Still thanks again and I wish you all the best in the new year for you and your family . 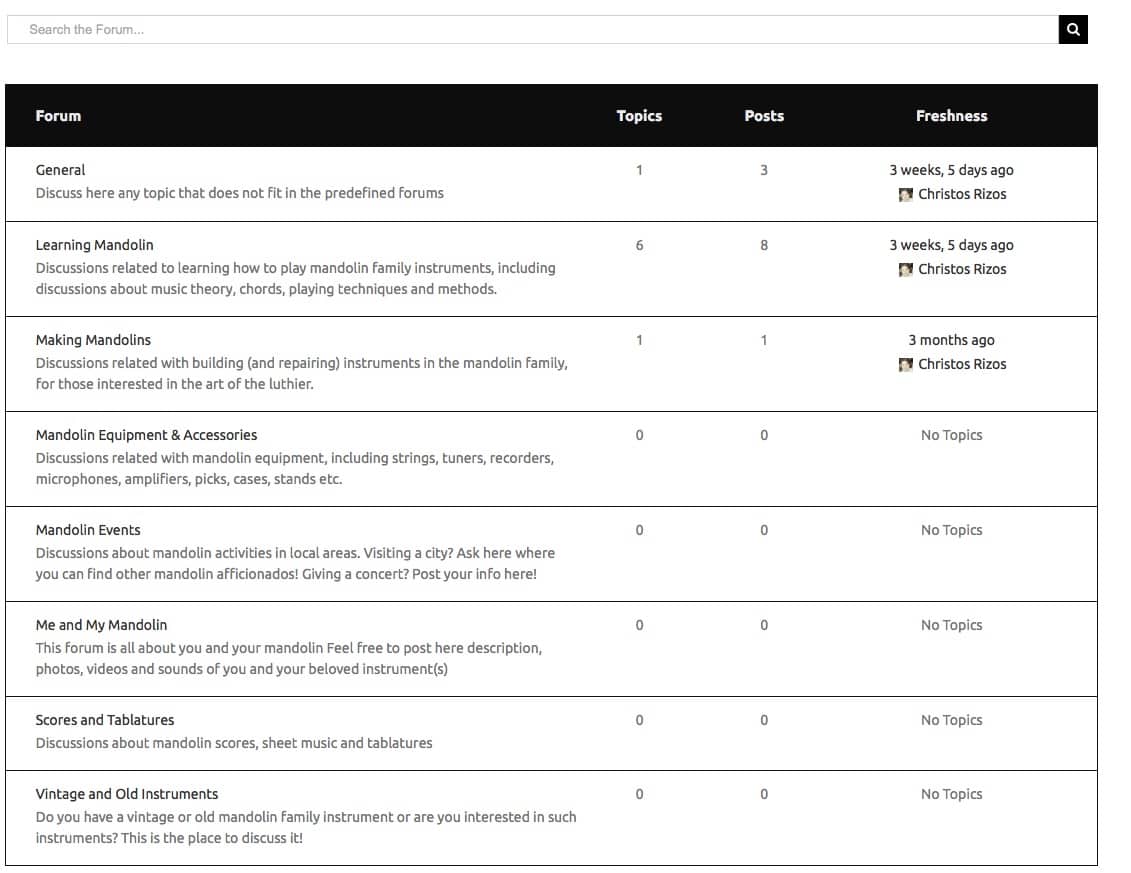 I finally fixed it!

theMandolinTuner forum is finally ready, working properly, waiting for the launch! But this is the subject of my next article…